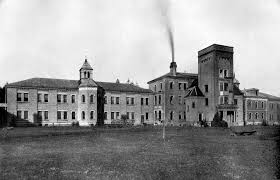 Why is there a photograph of Woodlands Institution in a posting about planning for vulnerabilities with self advocates?  Because, once upon a time, our society thought that the best way to keep people safe was to look them away.  Ken Scott, in his historical research article, The BC Public Hospital for the Insane, 1872-1902, writes of the earliest institution being built in 1878 and in 1894, only 16 years later, with a total of 117 patients there was already a royal commission into abuses:

. . . to investigate questionable practices . . . when a male patient died after staff put him in an extremely tight straightjacket and locked him in a dark closet. The commission revealed that these antiquated restraint-and-isolation practices were still common under Dr. Bentley.  Interviews with patients and staff revealed that patients were hit and kicked by staff and that straightjackets, handcuffs, and leather mitts were used for prolonged periods and often resulted in injuries.

When Dulcie McCallum’s investigation confirmed in 2001 that there were ongoing, systemic physical, emotional and sexual abuses of the more than 1400 people with disabilities who came to live at Woodlands, there were some people who said “well, it was so over-crowded” but in fact there were many complaints over decades, almost right from the start.

So, we learned (?) from Woodlands and places like it that institutions do not keep people safe.  Even so, it is important to remember that they  do exist  (five are thriving in Washington State, just across the border from us, and Manitoba continues to “renovate” the Manitoba Training School, one of the sites of historic abuse and exclusion) and are supported by governments and the drive to re-create them continues to raise its head every once in a while, driven by politicians hoping for a popular fear-based vote and sometimes families, frustrated by our systems and feeling unsafe.

Community Living B.C.’s Safeguards Project, supported there by Jule Hopkins during her tenure, had the idea that we can plan for vulnerabilities, that it is everyone’s responsibility to do so (self advocates, staff, agencies, government, communities) and that there are good possible tools.  One of their ideas was to create a set of plain language booklets for self advocates, with self advocates.  Self advocates would learn about the idea of (planning for) vulnerability and then we would help them create the materials that they could share in their communities. 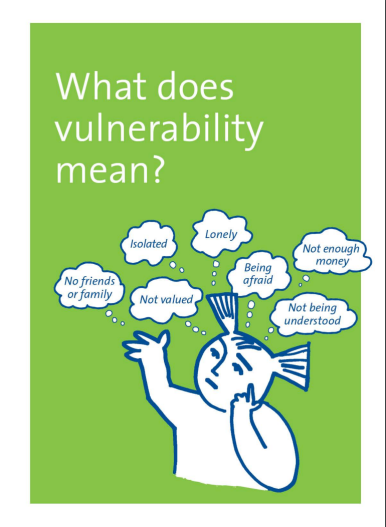 We did this by meeting with a focus group of self advocates several times, brain-storming the issues and ideas, creating mock-ups of what pages might look like and changing them with their feedback.  We followed in this ideas from England and Ireland around Inclusive Research, which are explained really well in this book by Kelley Johnson and Jan Walmsley: Inclusive Research with People with Learning Disabilities: Past, Present and Futures.  In the UK Inclusive Research is a viable way of supporting self advocate investigation into what matters to them, and it has been my main approach since learning about it.  Walmsley and Johnson were pioneers in this approach, and they are great to look up as they have both done lots of things, alone and together, and now there are other inclusive researchers and projects.

Here is a photo of the inclusive research group, although it’s one of the first panorama photos I took and (obviously) I didn’t know what I was doing.  The people in the photo thought it was hilarious and one of the things that I like about Inclusive Research is that we are all equal and vulnerable together, so it was nice that they were able to make fun of me!

You can see a few things happening in the room.  The graphic in the back is, I think, the plan for our project that we created together.  To the right is the drawing of our conversations for the day as they gave feedback and presented new ideas and discarded old ones.  To the left are the mock-ups of possible booklet pages.  Each page would have one idea and could be understood by people who were not literature, by looking at the pictures, the booklet would be personalised (people could write in it) and would be a small coil-bound publications that folks could carry with them to start up conversations with their friends and families. 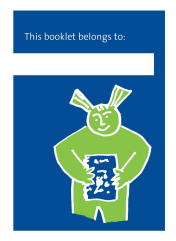 So, we don’t need to keep people locked up and it didn’t work in any case, and other things do work, we are told by those who have lived experience.  The alternative to institutions is that people are in community but the way to decrease vulnerability is for that to be authentic inclusion – actual belonging, in places where they are needed and wanted.  Person centred planning is a key aspect to this, but so is staff and facilitator training so that we are always looking for and following through on opportunities for connection and growing relationships.  David Wetherow once said, “Making friends should be as natural and habitual as brushing our teeth.”

One of the important things we confirmed was that people’s experience of transitions was often one of the places where they faced various vulnerabilities.  Another important factor was that their vulnerability issues changed over time, place and social context.

We also learned that the wider, deeper and more diverse one’s network was, the less vulnerable one was.  A simple way to increase one’s network was to get a job – just like it is for all of us!  We find ourselves with people who like what we like, who care about what we offer to the team and have an investment in us.

Hopefully you can see how some of the ideas that person centred planning includes and promotes can be used in larger, deeper, inclusive conversations about community and belonging.

You can download the whole booklet here and print out your own copy.  There are other resource materials on this page that you can download, and all of them are worth having.